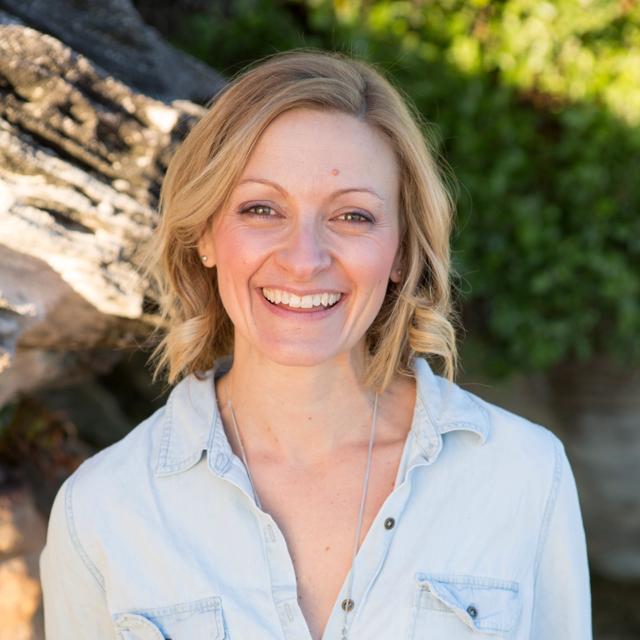 Llew Dowley, the author of Crazy Mummy Syndrome, came to Grammar Factory as a first-time author in late 2013.

At the time she had just gone into business as The Buzz Writer offering web content writing, website design and management services. However, being a new entrepreneur, Llew didn’t yet have the experience and case studies to write a book on her industry. Instead, she decided to focus on something she was passionate about, which she could give advice on – dealing with depression.

Llew had always wanted to write a book – as a little girl she would write short stories and hide them under her bed. But as she grew up she just never thought she could. So when she was told by Australia’s top small business author Andrew Griffiths that anyone could write a book, she got started.

Once she had her idea, Llew set herself a deadline of one month to write her story, writing 1,000 words a day. She juggled this writing between working in the city in her corporate job, working on The Buzz Writer at night, and having two young children begging for attention whenever she was home.

‘While the writing process was amazing, I had doubt as to whether I would actually publish my writing, nerves about getting to the end, and had a major fear that I just didn’t finish. I told no-one except for my immediate family that I was even attempting to write a book. I was that afraid of failure.’

When Llew sent me her book for editing, it was clear she was a great writer – I was immediately drawn into her story and frequently found myself being distracted from my editing as I got caught up in her journey!

Because Llew’s writing and storytelling abilities were both so strong, my focus was looking at the structure to create a clear narrative her readers could follow. I trimmed back some of the opening content to bring the climactic revelation of Llew’s diagnosis of post natal depression towards the beginning of the book, as well as trimming extraneous detail throughout her book to help it stay focused on the main story. I also reshuffled her later chapters so that the book finished on her high of raising $10,000 for The Black Dog Institute in the 11km Sutherland2Surf fun run.

Another thing I looked at was whether a practical ‘how to’ book or a memoir would be more appropriate for Llew, given her existing content. While I shared my ideas for both, my recommendation was a memoir due to the power of Llew’s story and her story telling, which meant we needed to remove a number of other people’s stories she’d included to ensure the focus remained on her story. 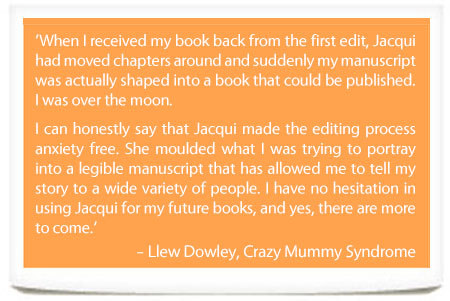 Since publishing her book Llew has made the leap into full time self-employment, increased her management profile to the point where she has employed staff, and has increased her fees. She writes regularly for Australian Content Magazine, the Happy Parenting community, The Networking Circle and I-Am Magazine, and has also been promoted in feature articles in the same publications.

She has first speaking opportunity later this year with The Networking Circle, and can attribute her 100% conversion rate of new clients directly to Crazy Mummy Syndrome.