Behind the scenes of my editing journey

Dry, dull and verbose: Behind the scenes of my editing journey 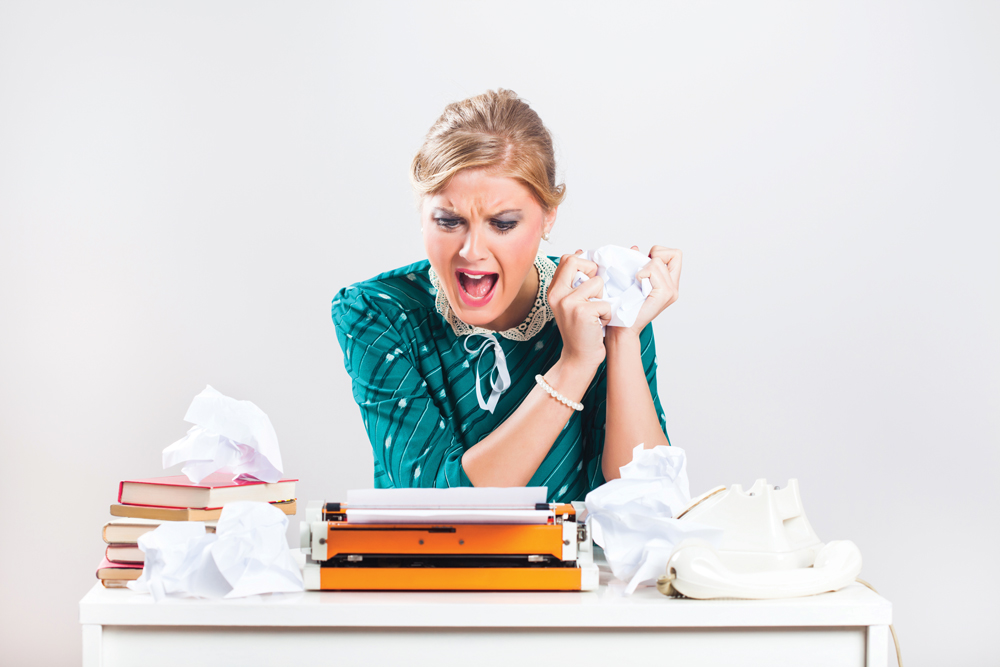 After quickly pumping out my book, I was feeling pretty confident. I let it sit for a week, gave it a quick read and thought, ‘This is decent.’

Then I sent it to my editor, Carolyn.

‘Your book needs quite a bit of work, more than I expected… Is there a good time to call you today?’

I took a deep breath, picked up the phone, and asked her to hit me with her worst.

‘Some of your content’s very dry and dull, you’re a bit verbose and there’s quite a bit of repetition. All in all, I don’t think you follow your own advice.’

In a book written to teach entrepreneurs how to write an awesome book, this was not the feedback I wanted.

I had a decision to make – should I ignore her feedback and push for my original print deadline, or should I take it on board and push out my print date by a few months?

Here are the things I kept in mind.

While I didn’t want to hear that my book needed more work, my goal was to use this book as a tool to establish myself as an industry authority. While some entrepreneurs believe that having something in print is better than not having a book at all, as a professional writer and editor, I knew my book had to be good.

If I had just wanted to publish a book, rather than a great one, I could have ignored the feedback and published my original draft. However, my goal was to write a great book, and this meant I could focus on how to achieve that goal, rather than simply focusing on how to go to print faster.

Yes, I wanted to write a great book. However, I could have kept working on it for another couple of years without ever going to print in my quest for perfection. This meant I needed to think about the likely payoff of taking her advice on board.

While this is difficult to quantify, the biggest wake-up call for me was that I recognised a lot of the things she commented on. I knew that my examples weren’t particularly interesting, I knew that I was trying to target two slightly different audiences in my introduction, and I knew that some of the blog content I’d recycled didn’t fit as well as it could.

I always liken an editor to a doctor. We perform an examination on your book, give a diagnosis and prescribe the treatment. As the patient, it’s up to you whether you choose to take the prescription or not.

In most cases, your editor’s feedback should be pretty spot on. At Grammar Factory, part of our process is to have a consultation before your edit where we learn about your audience, the main message of your book, the personality you want to convey as an author and any concerns you have about what you’ve written. By learning about all of this up front, we find that our clients are happy with most of our changes.

That said, sometimes there can be a difference of opinion. If this happens, you are the one in charge. The key is understanding why we gave that feedback so you can make an educated decision about to take it or leave it.

The same went for me – it was my choice whether I took her advice on board. I could make a judgement about what was right for my book.

That conversation with my editor took place in mid-November. Once she finished her analysis, my next question was, ‘Are these issues something you can fix, or would it be better for me to let the book sit for a month or two before revisiting it?’

She advised me to let it sit for a month or two. Knowing that I wanted a good book, rather than a book, I didn’t revisit it until five months later (small businesses can get busy!).

When I did review it, I was then able to look at it as though it was one of my clients’ manuscripts rather than my own, and did a very aggressive edit myself.

I went back through her feedback, discovering that I agreed with most of it. I then went on to cut two chapters and most of my original examples (about 9,000 words, or a quarter of my manuscript). I also added two new chapters and significantly rewrote one of the original ones.

I also considered the changes that I didn’t agree with. I could understand why she recommended removing certain pieces, but I also had quite strong reasons for including them and didn’t feel they were damaging the book, so I left them in but left comments on them for feedback.

After this, I went to some beta readers. The first two were non-Grammar Factory editors who also work with entrepreneurs who thought the overall book was solid and didn’t have any strong issues with the areas where I asked for feedback. One of them made a great suggestion about adding more linking text throughout the book to better guide the reader, and when  I added this, my book reached 90%.

The second round of beta readers were my target market – ten or so entrepreneurs who wanted to write books. In this review, I was looking for feedback on the exercises and the process itself, rather than feedback on the book’s structure and content.

This feedback was largely positive, though they commented on some minor content issues that could be improved. While I appreciated the feedback, unless two separate people came back to me with the same comment, I didn’t take it on. Why? First of all, my book was already of a very good standard, and any minor changes I made would have only inched it up a fraction of a per cent.

Second, I only had a couple of days before it was due to my designer, and would have had to push out my publishing schedule if I were to make all of the changes. In other words, the payoff wasn’t worth the effort.

All in all, while the editing process added months onto my publishing journey, I did end up with a much better book for it, and am far more comfortable going to print with the current iteration of my book than my three-day draft.

I think it’s brave to put this piece out, especially as those of us who contributed comments will read it. I love what you chose to do with the comments – unless two or more people said the same thing, you didn’t take the comments on board. Being a bit of a people pleaser, myself, this is a good lesson to learn when I beta-test my book

Admittedly, I am a little worried about what will happen when those reviewers get their copies! I do think it’s important to have some boundaries around feedback, though, otherwise you can end up refining your book forever. In my case, I know that I’ll be making some more changes for the second print run, but for the first I was happy with the standard it reached.