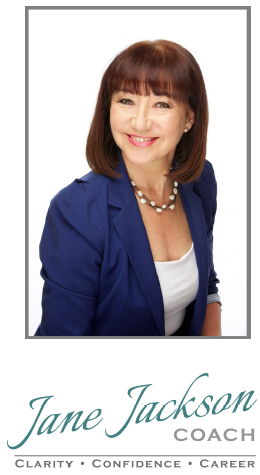 Jane Jackson came to Grammar Factory as a first-time author in mid-2014.

Her book, Navigating Career Crossroads, teaches readers the seven steps they need to take to bounce back from redundancy and find passion and direction in their careers. Jane’s goal was to make careers guidance accessible and affordable to all who needed it across the globe and, six months after going to print, she has!

Jane had been a career management coach for fifteen years and was incredibly passionate about helping her clients find their true passion and direction in their careers.

However, her business model involved working one-on-one with her personal clients and conducting group workshops, which meant she could only reach a small fraction of the people who needed, or wanted, careers guidance, even though there was so much valuable information she wanted to get ‘out there.’

So she decided to write a book! Having no idea how to get started, Jane joined a business building group called Key Person of Influence, as part of their program was to help entrepreneurs get published.

Jane found the writing process quite daunting at first and she wasn’t sure how to approach it. Fortunately, an author mentor provided structure and guidance and, by doing a lot of research and following his process closely, she found that she could steadily write 500 to 1,000 words a day. The main challenge was making sure she didn’t procrastinate, but once she got over that initial hurdle, the words just flowed.

‘What worked well for me was to decide on the outcome I wanted for my readers and then set the specific steps they needed to take to get there. Then I set out the chapters of the book and when it came time to write I just wrote, and wrote and wrote – it was like a stream of consciousness.’

While Jane was lucky enough to have freely flowing inspiration, she ended up with a lot of words (70,000!) on paper, but very little structure.

Her initial idea was to write three books in one – one on building confidence, one on the steps readers needed to take to bounce back from redundancy, and one that covered Jane’s story. However, we found that there were a couple of issues with this structure.

The first was that her first book (the book of confidence) was also the first step of her 7-step CAREERS process, and this created an imbalance in her content, where the entire process was skewed to a single step. If you’re writing a step-by-step process, a general rule is that each step should be as important as the last one, and a key way to demonstrate each step’s importance is through the number of words you use to describe it. If one of your steps is 18,000 words and all of the others are between 3,000 and 6,000 words, then it’s a clear sign that you’re spending too much time on one of your steps, and perhaps it needs to be broken into separate steps, or it just doesn’t need to go into as much detail.

The second issue was that the third book focused solely on Jane’s story. And, while Jane’s story had a lot of value and she had been through a number of her own career crossroads, it wasn’t written in a way that was relevant to the reader.

So I contacted Jane to ask how she planned to leverage the book. Did she want to leverage it to build her career coaching business, or was her goal to become more of a general life coach and professional speaker who inspired people with her story? When Jane said she loved being a career coach and wanted to continue to develop that business, I recommended focusing on the how-to part of her book, which would involve trimming the first step of her process to bring it to the same level of detail as the others, and cutting the final book about her story. Instead, we could use examples from her story to illustrate her points throughout the book, which would help incorporate Jane’s experiences, but in a way that was relevant to the reader, as it would all be in the context of her seven-step process. 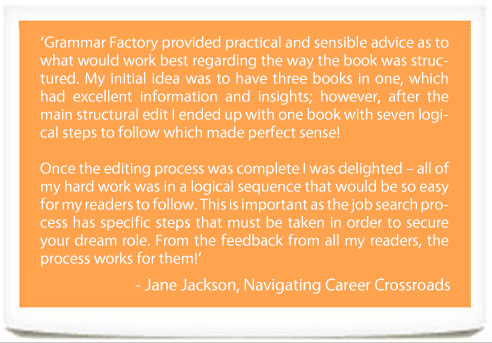 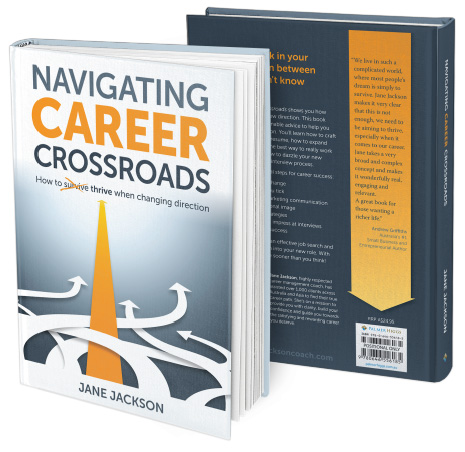 Since getting published, Navigating Career Crossroads has reached number one in the Careers section on Amazon Australia, number thirteen in Amazon UK and number twenty-six on Amazon.com. Her book is also available in Dymocks stores and libraries across Australia, as well as in Kinokuniya, Sydney.

Since becoming an author, Jane’s had several radio interviews about the book and has had her news articles published in 15 News Local papers across NSW and also in the CareerOne special lift-out in The Courier Mail in Queensland.

From a business perspective, Jane has been approached to coach numerous new clients and has formed partnerships with executive recruiters and an international HR solutions training business. Her www.navigatingcareercrossroads.com landing page for my book generates sales almost every day, and she’s delighted with the results she’s seeing.