It’s versus its: how to place apostrophes without embarrassing yourself | Grammar Factory Publishing

It’s versus its: how to place apostrophes without embarrassing yourself 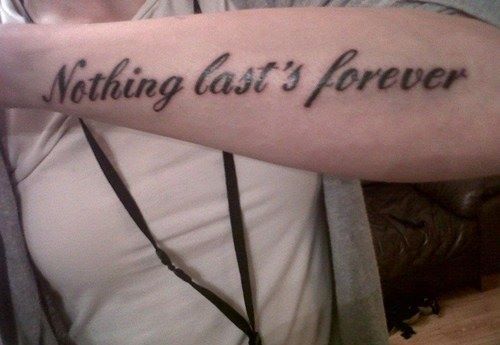 The apostrophe is one of the hardest working punctuation marks in the English language. Not surprisingly, it’s also one of the most misused. Debate has raged among grammarians over some of its more esoteric uses,

but the rules for its two most important functions (possession and omission) are pretty clear. We’ll look at those functions here, discover the source of a lot of the confusion, and give you a handy guide for figuring out how and when to use an apostrophe. It’s essential reading before a trip to the tattoo parlour.

The long, waggy thing at the rear end of your favourite pet is:

The four things that prevent your chair from tipping over are:

Note that the apostrophe goes before the ‘s’. This is what you do with a singular noun.

When the noun is plural and ends in an ‘s’ on the end, the apostrophe goes after the ‘s’:

It’s a bit more complicated when the apostrophe has to be attached to a plural noun that doesn’t end in ‘s’. In this case, the apostrophe goes before the s:

Please don’t start putting apostrophes in any old word with an ‘s’ on the end. Greengrocers keep getting into trouble for writing apple’s, pear’s and banana’s on their signs. This is wrong! It should be apples, pears and bananas because the ‘s’ is just there to make the word plural. There is no ownership or possession going on. Fruit can’t own things … poor fruit. (Unless, of course, you’re talking about an apple’s skin or the bunch of bananas’ price tag.)

Now, a special case is what to do with a singular noun that ends in ‘s’. Is it James’ top hat, or James’s top hat? We think it’s James’s top hat. We also think that you should use an ‘apostrophe s’ in these cases with confidence, and ignore self-appointed experts who try to tell you it’s wrong. If in any doubt, say the word out loud and use whichever option sounds more natural.

All of these words indicate possession, some of them end in ‘s’, but none, I repeat, none of them ever need an apostrophe. Not once, ever!

Which brings us to the second common use for the apostrophe:

An apostrophe has long been used to indicate that some letters have been omitted from a word. The word ‘it’s’ is an example of a contraction. That is, two words have been contracted to form one, in this case it and is.

Apostrophes can also be used to indicate that some letters have been left out of a single word:

Once, we would also write ‘flu for influenza and ‘fridge for refrigerator, because these words are abbreviations and have some letters missing. But because the abbreviations are now commonly used and understood, the apostrophe can be left out.

P.S. Now that you’re an apostrophe expert, you can show off to your friends and colleagues by talking about the Saxon genitive. Say what? I first heard the term Saxon genitive when it was uttered by my very ‘simpatico’ Italian teacher, and sent his class of teenage girls all a-twitter. He had no idea that we had grown up calling it ‘apostrophe s’, and that the term sounded vaguely suggestive to our adolescent ears. (There is no Saxon genitive in Italian, and when referring to Giuseppe’s magnificent physique we had to say: ‘The six-pack of Giuseppe’)