3 things I wish I knew before self-publishing

Pat Fitzpatrick is an Irish writer who just self-published his first novel Keep Away From those Ferraris. A few months later, and what does he wish he new before self-publishing? (originally published at http://catherineryanhoward.com/2014/01/22/3-things-i-wish-i-knew-before-self-publishing-my-novel/)

I’m a middle-aged Irish man. So the last thing I’d thought I’d end up writing about was my emotions. But then strange things happen when you self-publish your first novel. Mainly you go plain mad.

My guess is that traditional publishing is a breeze in comparison. There you have a publisher who decides when your book hits the streets. Your book cover is done and dusted so there is no point in worrying whether the woman on the front is showing too much flesh. (Or too little flesh, given the way things are going.) And you have a team of experienced publishing professionals to talk some sense if you lose faith.

I had none of these supports. All I had was a final draft with corrections from my editor and the notion that two weeks was oceans of time to get my book up on Amazon. I was wrong on both counts. Here is what I would say if I could go back two months and give pre-publication me some advice. 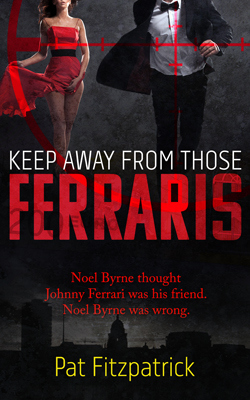 Dodge the Drafts – Somebody has to Shout Stop

The ‘final’ draft turned out to be the seventh-last draft. I reckon this is the single biggest issue when you self-publish – nobody ever shouts stop.

I also work as a feature writer for a newspaper here in Ireland.   I have two editors to tell me that if I don’t give them copy in the next five minutes, I don’t get paid. (They dress it up a bit nicer than that, but we all know what’s going on.) So for example, if I am turning in a 3000 word piece on hipsters in Ireland, I will write three drafts and do a final proof read and spell check before sending it off. I’ve been at it for years, so I know what is required to keep the quality up without wasting time.

It was different with this novel. I kept picking at the final draft, as if it was a never-say-die scab. Every time I got to the end, I’d go straight back to page one and click through it again to see if I could skelp out another surplus comma.  I was like a hamster, on a wheel, in the movie Groundhog Day. The result was the potential for more typos, except I had used my editor card already. I was in a hole and kept digging.

Catherine Ryan-Howard eventually bailed me out. We met on a TV show in Cork (it’s not as exotic as it sounds) where she showered me with some priceless self-publishing insights. The real diamond was publish my book at the end of November to make the most of the ‘I got a new Kindle for Christmas’ crowd. It was like somebody finally shouted stop. I found my inner editor who guided me through a final-final draft. The rule was simple – stop picking at the scab and only change a sentence if it makes you feel physically sick. I found three. And I hit publish in early December.

Side note: A key thing that worked for me was to convert the second last draft to e-book format and read it on a Kindle. I had a pen and paper on hand to record any changes that really needed to be made. The fact I couldn’t just type them in there and then gave me some perspective. This stopped a lot of madness.

I am working on the sequel now and want to have it published by this December. This time round there will be four drafts – three before I send it off to the editor and one more before I press go. Deciding on four now means I can’t just skip through a second and third draft with the notion that I can fix it up later on. With any luck, I’ll dodge the 5th draft. Not to mention 15th one.

The run up to publication is a roller-coaster ride.  One minute I’m pumped up and working on the opening line in my Nobel Prize for Literature acceptance speech. (‘Alright Stockholm!!’ – I fancy the stadium rock approach.) The next minute I’m be on the verge of actual tears because my book will never find an audience. In one of those moments I decided my next project should be a Young Adult Vampire Zombie Trilogy set in Tipperary. Thankfully, that moment passed.

The problem is of course that your book stops being a book after the first few drafts. It becomes a collection of words that are only as good as your mood. If you are reading the same 70,000 words over and over again, your mood won’t be that good. That’s all that’s going on here. I’m struggling to think of what I can do to remedy this loss of faith the next time out. The best I can come up with is a banner on the wall by my desk. It will say “The Book is Fine, you are just tired and suffering from a mild dose of self-loathing.” Let me know if you have a better alternative.

One of the most famous historical artefacts on the island of Ireland is called the Book of Kells. It contains the four Gospels, transcribed on to vellum (calfskin) by Irish monks around 800 AD. It is said to contain a deliberate error on each page because only God is perfect. I went to view it recently with a friend in Trinity College Dublin. This guy had spent some time living in Tehran and pointed out that classic Persian rugs had a similar blemish for the same reason.

Bear with me, there’s a point here. Nobody’s perfect. Any work of art is just our best shot at perfection. Wait until it’s actually perfect, and you’ll end up waiting forever. Traditional publishers understand this, which is why deadlines rarely move. Self-published authors need to build it in to our thinking if we ever want to get the job done. This doesn’t mean publishing a first draft written on cheap wine and expensive coffee. You still need to read, re-read, pass to an editor and read it once or twice more. After that, you need to press publish and start working on the sequel. That’s probably my biggest takeaway from the mad month I spent before publishing Keep Away From Those Ferraris.

Now if you don’t mind, I need to come up with something to go after ‘Alright Stockholm’ in my speech to the Nobel crowd.