If your editor wants to talk, pick up the phone! | Grammar Factory Publishing

If your editor wants to talk, pick up the phone! 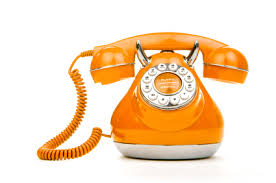 The first was a post-editing consultation – I’d made a lot of changes to the entrepreneur’s book and had recommended adding a couple of new chapters, and was keen to discuss my changes and their ideas before he submitted the book for a second round of editing.

In this case, we weren’t able to make contact until after he’d reviewed the edits and made the changes, and then the call was simply to confirm a date for a second round of edits.

And what happened? The introduction read well, but the first chapter was a mess. The client had gone through the edits to that section and had rejected them, leaving a mish mash of the original content in their place. The issues with this were:

On one hand, this might read like a complaint about the client not liking my work. And admittedly, that’s a part of it – we editors have egos too. However, the really frustrating thing is that if we had discussed this before the second round of edits, he could have made his case for the content I removed (which we then would have moved to the second chapter), and together we could have discussed a new approach for this chapter. Then he could have gone back to the keyboard and created something new for the edit.

Because this didn’t happen, I was left with the decision to either repeat the changes and suggestions I made in the first round of edits, or simply do a proofread of the content offering no feedback on the content or structure (which would have left the client with a very weak, albeit grammatically correct, chapter).

In the end I contacted the client and we decided to move the repetitive content to the next chapter and cut it back to lessen the amount of repetition, and for me to make some suggestions about what to do with the first chapter instead. In other words, he asked me to repeat what I did in the first round of edits.

Essentially, the end result of this situation is that the client just lost a round of edits for that chapter, which has wasted him both time and money.

The second case of telephone and email tag is currently in progress. In this case, the client emailed me the day the first round of edits was due to share her ideas about a new structure.

Unfortunately, it was a bit late to incorporate those ideas in the first round of edits, so I sent back the suggested edits and tried to organise a time to discuss her ideas. Ideally, we’d find some way to fit them in with the edits, which means she wouldn’t need to go back to square one with her book.

However, if the two approaches didn’t match, then at least we’d be able to workshop her new ideas over the phone. Like in a Book Blueprint workshop, we could map out the idea for each chapter, figure out which subtopics would go into that chapter, and then discuss the different what, why and how content she needs to flesh it out.

That way, when it came to her next round of edits, the structure would already be pretty sound which would mean that I could focus on the more detailed content and language work, rather than having to rework the structure at a high level. From her perspective, this would mean that there would be fewer major issues she would need to address following the second round of edits, and less new content to add. The end result would be a book ready for its final proofread, rather than one that could potentially need an additional round of editing before getting to that stage.

The big issue is that none of this will happen if I can’t contact her.

The morale of these stories? If your editor wants to talk to you, take the call.

Your book might be your baby but, after a round of edits, we editors consider ourselves to be its adoptive parents, and we get just as emotionally invested as you. We don’t email or call to criticise your work or make your life more difficult or impose our views on you – we are genuinely committed to helping you finish with a great result, and often a conversation helps.

Your book might be your baby but, after a round of edits, we editors consider ourselves to be its adoptive parents, and we get just as emotionally invested as you. Click To Tweet
Share this


